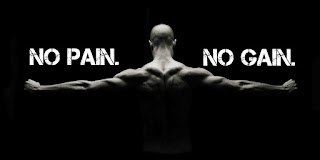 This example is instructive when trying to consider why private cloud has had a slower adoption. The short answer is that cloud offers fuzzier benefits for IT ops while forcing a lot of pain on developers.

The lack of a smooth migration path for existing workloads to the cloud goes a long way to explain the relatively bumpy growth of the private cloud market itself.

For example, the latest craze for “cloud native” apps seems like an explicit acknowledgement that vendors are giving up on minimizing cloud migration pain. Rather than focusing on simplicity, the cloud native initiative seems to make a virtue needing to rebuild existing apps for the cloud.

Of course, for greenfield apps, cloud native and 12 factorapps make great sense. But for the enterprise, greenfield is a small part of what they do (like less than 10%). There is still a big white space in the market for a vendor who can provide cloud benefits for existing workloads.

This may be the reason for the buzz behind next generation cloud companies like Apcer,  Mesosphere and Google's Kubernetes who offer ways to support existing Windows and vSphere workloads. The idea of getting improved automation and security while having a migration to new technologies like Docker gives enterprise the best of both worlds.

Of course it is early days for these new cloud technologies, but my bet is on whichever vendor can duplicate the original VMware offer of  max cloud ops gain for minimum dev pain.
Posted by Christopher Keene at 4:19 PM